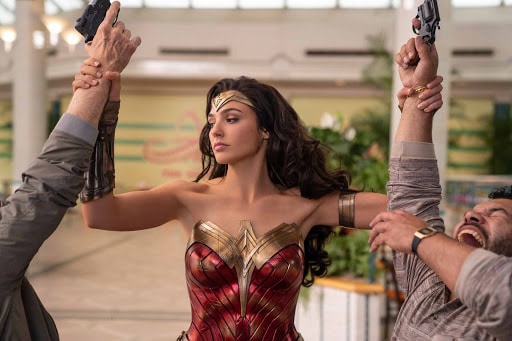 The first look from the Wonder Woman 1984 movie is shared by the director of the film Patty Jenkins. In the poster, you can see the Chris Pine standing in the mall and in the background people also roaming in the classic look of 80’s.