Thriller is a genre that takes a person on a ride. These movies are often suspenseful and plot-driven. But unfortunately, like with horror movies, they are becoming predictable. Car chases, final girls. An affair that’s gone wrong; male characters that overcome hardship to become the hero.

It seems more and more, with every Hollywood release, we can tell where these stories are going. But that’s what makes the 2017 legal thriller Molly’s Game so different: the story is unique at its core and in the ways screenwriter Aaron Sorkin tells the real-life story of Molly Bloom.

Both in literature and movies, the characters in thriller movies often have a similar background story. Many come from abusive homes or are suffering from an out-of-touch marriage, while others have lost their partners or their children at the hands of a serial killer or drunk-driver.

Rarely, though, do we see a thriller movie focus on a former mogul skier who, after her Olympic dreams were cut short, began running an underground poker empire. The rarity of the story and its uniqueness is what makes Molly’s Game so memorable.

After suffering a career-ending injury at the 2002 Winter Olympics qualifying event, Molly Bloom moves to Los Angeles to begin working as a waitress at a club. She meets Dean, a real estate developer, and after becoming his office manager, he lets her into his secret: he’s running underground poker games. Back in the early 2000s, there weren’t as many safe and secure ways to gamble, unlike in 2021, where you can play on online casinos like Genesiscasino.com/en-in and use safe payment methods to deposit funds into your casino account. So when Bloom first gets involved in the gambling world, it’s all very hush-hush. A far cry from the safety offered by today’s current casino providers.

After getting a feel for the business, Molly creates her own underground poker empire. She hosts games in Los Angeles before moving to New York. Things start to go wrong when her dealer tells Molly to take a percentage of large pots, making her game an illegal operation. Bloom is eventually arrested by the FBI for her involvement in illegal gambling with the mafia. After a series of events, Bloom is sentenced to 200 hours of community service, a $200,000 fine, and one-year probation.

Molly’s Game is the first movie screenwriter Aaron Sorkin has directed; Jessica Chastain, who plays Bloom, was nominated for a 2018 Golden Globe for Best Performance By An Actress In A Motion Picture as detailed by senvelope.latimes.com/awards/titles/mollys-game/. But it’s not just the achievements of the movie and those involved that make it. Molly’s Game differs from the other thriller movies and thriller novels as mentioned at crimereads.com/the-most-anticipated-crime-books-of-2021/.

It keeps the viewers on edge with suspense — is she doing anything illegal? Will she get caught? — without portraying the stereotypes that we often see in thrillers. It’s not a thriller about murder or revenge. It’s about poker, but also about a woman trying to find herself after the thing she knew all her life, mogul skiing, was taken away from her. 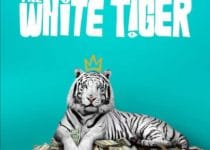