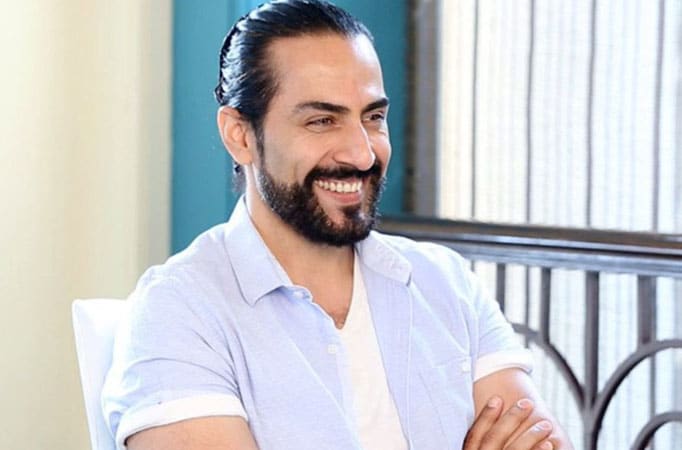 It is not rare to see performers in Indian TV shows and movies have more than one string to their bow. Actors in movies are almost required to know how to dance since most movies have song and dance sequences, while there are also quite a few who can sing as well. While this is not as strict a requirement as dancing, since there are singers who perform the songs for the actors to dance to, it is still a useful skill to have. Sudhanshu Pandey, one of the leading TV actors in the country, is one such performer with multiple skills in his locker.

He actually started off as a member of a boy band, called ‘A Band of Boys’, back in the early 2000s, when boy bands had been made immensely popular all across the world by the likes of the ‘Backstreet Boys’ and ‘N’Sync’, to name just two. He was a successful model in his younger days as well, and his good looks, height, and surprisingly good singing ability all combined to make him one of the heartthrobs of the band.

Pandey, who is 45 now, has had a long career in the TV industry in India and has even dabbled in a few films here and there, in supporting roles to the big actors. As he has grown older, the kind of roles he has been offered have also understandably changed. From chocolate boy romances in his younger days, Pandey is playing older and more nuanced characters nowadays. For example, he recently played the role of a business tycoon in the movie ‘Dance Bar’, who falls in love with a dancer at one such bar.

Another impressive performance by him came in the recent show ‘The Casino’, which premiered on the online streaming service ZEE5 a couple of months ago to very good reviews and audience reactions. Pandey played the role of the owner of a multi-million dollar casino in Nepal, with his son and his mistress fighting for control over the lucrative business. The ten-episode show was extremely popular, and this is in keeping with the general trend, where real money casinos online have become popular, even in India, where gambling is partially restricted. ‘The Casino’ was a groundbreaking show in that regard since it was one of the few Indian shows to be based around casinos and gambling.

Pandey’s performance in the show has drawn plaudits, and this has set him up for similar grey roles in the future as well, as this character was not good or bad completely, but had elements of both in his actions. This also shows how he is now being given roles for older characters, with his character on this show having a 27-year-old son. As a 45-year-old actor, this is perhaps to be expected, and Pandey has been handling this transition extremely well, pulling off these older roles with aplomb and setting himself up well for a late-career resurgence in terms of the roles he will play going forward.

The actor himself has said that he loves singing and acting equally, and cannot think of giving one up for the other. Even though Pandey left ‘A Band of Boys’, with the group subsequently re-forming in 2018 with the other four members, he is still immensely fond of his time as part of the group and has a love for singing as well. In his view, as a performer, it is his job to do justice to everything he does, and he should be able to do everything well, which is the reason for his continued passion for singing, despite acting being his primary vocation now.

The Easiest Ways to Win Betting on Tennis

What are We Talking about When We Say CBD Oil?

How Do CBD Products Work, and Are They Safe?

Why are beanie babies so pricey?