Tollywood  Handsome hero Sai Dharam Tej will be the first hero to announce his movie release in theatres, after the lockdown time. In the movie titled Solo Brathuke So Better, director Subbu debut the film. Nabha Natesh played the female lead in this film.

Solo Brathuke So Better Movie is a grand release on 25th December, on the occasion of Christmas. There is a lot of issue going on between the producers, distributors, and exhibitors. After the lockdown period so many months, the movie theatres are recently reopened, and the audience are very much excited to watch movies on the big screens.

The moviemakers released the trailer on Youtube on 19th December, within 4 hours the trailer gets 4million plus views. The film stars Sai Dharam Tej and Nabha Natesh in lead roles played by the characters of Virat and Amrutha. The trailer begins with a narration that talks about a guy who’s cut-outs and posters are being burnt by angry crowds. Sai Dharam Tej motivates the group of students committed relationships. A few dance sequences later, the trailer shows two actors, Sai Dharam and his uncle talking about the smoking and drinking warning before a movie starts and how a warning should be given in case of a wife and wedding date as well. 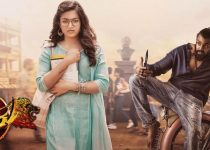 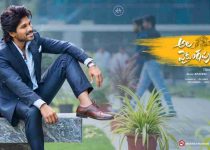