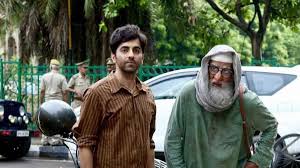 The legend of Bollywood Amitabh Bachchan and Ayushmann Khurrana starring together in a comedy-drama movie Gulabo Sitabo. Due to Lockdown in a Nation and pandemic COVID-19 Gulabo Sitabo movie is not getting released in the theaters. Shoojit Sarcar has directed the movie under the production banner of Rising Sun Films and Kino Works. The director Shoojit Sarcar has announced the script of Gulabo Sitabo which is written by Juhi Chaturvedi in May 2019. In the below-mentioned article, you will find the details about Gulabo Sitabo Full Movie Details.

The film Gulabo Sitabo is not releasing theatrically due to COVID-19 (Coronavirus) worldwide. Since March 2020 none of the Bollywood Movies released in the theaters. Gulabo Sitabo Movie will get release digitally on Amazon Prime Video 12th June 2020.

The Best Legal Movies That Every Law Student Should Watch