Movies are good for passing time and entertainment purposes. Most people like spending their free time watching movies. Movies can be very interesting whether you watch them in cinemas or at your house. Movies are very important in our lives. Below in this article, we will cover the 5 Elements That Make A Movie Enticing?

It is because of the fact that movies bring people together. It is a good way of uniting people, especially back in the days when most people did not have television sets. Today, it’s still used for the same purpose because it brings the family and loved ones together. Think about online streaming services and sessions organized by one person that uses the ways to boost the engagement a particular streaming session gets so that lots of people can join in and enjoy their time.

Some movies are so interesting that you will find yourself watching them again without being bored. Sometimes you will find people trying to act out their favorite scenes in a movie.  However, some movies make you so bored that you cannot even watch them till the end.

So what is it that makes a movie interesting? Here are some of the factors that you will be on the lookout for.

Some people are very talented in playing out their roles in an extraordinary way. They can either be fun or interesting in the scenes they play. However, some characters only act according to what is written in the script, making it boring, especially if the script does not have fun lines.

Therefore, the characters play a huge role in making the movie interesting. Some characters give you a reason to watch the movie because they are popular for a particular skill. For example, when you see a comedian on the poster for the movie, you will know it’s a comic or drama.

Without the characters in the film, the story will not be complete. Characters are very crucial in movies. The main character is crucial because that person will mainly be showcased in the movie. Also, most attention and concentration will be on that particular character.

2. The Plot of the Movie

The plot is very crucial as well. Most of the time, it’s usually the introduction, body, then the conclusion. Therefore, how the movie starts is very important. If it starts with a catching scene, then it will draw people’s attention to the screen. On the other hand, if the starting scene is boring and prolonged for more than thirty minutes, people will no longer watch it.

3. The Main Theme of the Film

Theme answers so many questions. It is the main agenda that the filmmaker is trying to pass to the viewers. Ensure the message is clear and well elaborated for your viewers to understand the concept. Also, the filmmaker should create a theme that is in line with the current trendy topics.

If it’s during a Christmas or winter season, then the movie should be based on that. Also, the characters should be dressed as the theme suggests. It will be weird if the characters are wearing light clothes during winter.

The theme is also crucial because if you portray the wrong message, you can be apprehended. For example, if you use a movie to expose state secrets or your country’s weakness, it will be banned, and you will be arrested. That will be very unfortunate to everyone who puts effort into the production process.

If the message can inflict the spirit of violence on the public, then it will also be rejected. Therefore, be very careful when you portray your message to the public because people will take it home. The audience should get the appropriate message from the movie.

We live in an evolving world. Therefore, if you use past trends, your movie will be boring. The camera and sound effects used are also crucial because that is what will showcase the film’s details. Filmmakers should be on the lookout to know what is new in the movie industry.

How the movie ends is very important because that is what most people will remember. If you end the movie with suspense, people will be curious to know about the next season. How the movie ends portrays the movie’s success because some people may keep reflecting on it at the back of their minds. Some films get rejected if they have a bad ending. Also, do not prolong the ending but rather make it catchy.

Movies have various elements that are used to make them complete. The movie can only be interesting if you make good use of the elements. You need to be knowledgeable and experienced to make a good film. 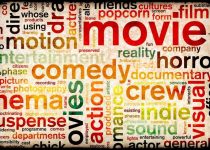